What role does music play in your life? It’s Jen here on the blog today, and for me, music is a vital part of my day.

I cannot work in silence, so now I’m working from home, without the general hum of an open-plan office, my Echo Dot is almost permanently tuned to Heart 90s or Fearne Cotton’s new Sounds of the Nineties, keeping motivation high with a never-ending playlist of feelgood cheesy pop.

It’s the same with my writing – I can focus more easily when I have music playing. Usually it’s back to the nineties and noughties, playing old boyband albums I know so well I almost don’t hear them, but then, whilst I was working on The Raided Heart, a friend mentioned that he created Spotify playlists for all of his works-in-progress. The result was this playlist, a combination of songs which made me think of certain scenes, or which simply put me in the mood when I wanted to get into the writing flow.

One example is The Dance, by Westlife. As I said, I listen to boybands all the time, with Boyzone and Westlife being my favourites, so I must have heard the song so many times before last year, but hearing it again, and the sentiment behind it, suddenly made me think about a key scene in the book. And yes, if I’m honest, I began seeing the scene in front of me, in film, with this song as the soundtrack. I know that’s how some writers picture their scenes, and again, music is a big part of how it would all come together. 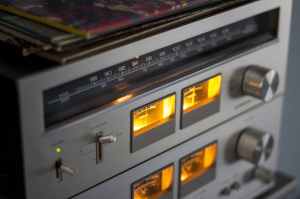 Music can also be a big inspiration for writers. At one of my first Swanwicks, there was a session called Songspiration, listening to both big hits and lesser-known tracks, using the music to generate ideas. For some, the story was clear, putting yourself into the world of Tina Turner’s Private Dancer, for example, but with others, it was more the feeling that the tone of the music generated, and putting that down on paper. It was a wonderful way of coming up with ideas, and one I’ve since used myself in a workshop.

But back to those playlists… I’m currently working on a number of projects, and this time, I’m building the tracks up as I go. The One Before The One is the working title of a contemporary romance, and you can find its playlist here; any thoughts as to what this one might be about? And for the following books in the Historic Hearts series, I’m building this collection, but as you can see, it needs a lot of work!

To other writers out there, what’s your relationship like with music as you write? Does it distract, or inspire? And readers, do you need silence to immerse yourself in the world an author’s created for you?

I’d love to hear from you…

2 Replies to “Music and story…”